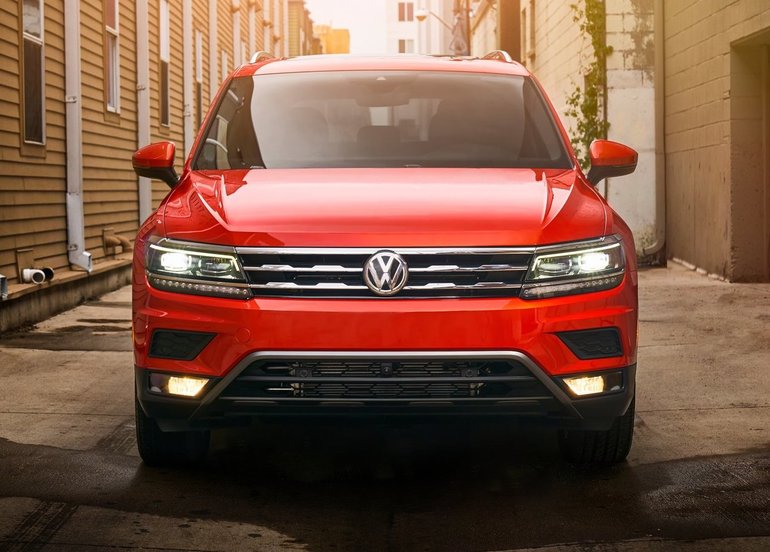 Compared to the older generation of the Tiguan, the new model gains 60 percent more interior space which is quite impressive.

The new 2018 Volkswagen Tiguan is built on a new platform developed by VW, but in Canada we are entitled only to the longer wheelbase version. This means that Volkswagen Tiguans coming to Canada have one of the largest interior spaces in the segment. Compared to the older generation of the Tiguan, the new model gains 60 percent more interior space which is quite impressive.

It is also now possible to add an optional third row of seats in the Tiguan, an option that very few compact SUVs can offer. In addition, the new 2018 tiguan also offers a trunk that almost doubles in loading capacity compared to the older generation. More than 1,000 liters are available in the trunk of the new Tiguan when all seats are in place while more than 2,000 liters are available if you lower the second row of seats.

A Highly Efficient Turbocharged Engine for the 2018 Volkswagen Tiguan

In addition to offering more space, the 2018 Volkswagen Tiguan stands out by offering one of the most powerful engines in its segment, but also one of the most powerful. Indeed, the 2.0-liter turbocharged four-cylinder engine in question develops 184 horsepower and 220 lb-ft of torque, and displays an average fuel consumption rating of less than 9.0 liters per 100 kilometers.

To learn more about the new 2018 Volkswagen Tiguan, contact us today at Complexe Volkswagen 440!